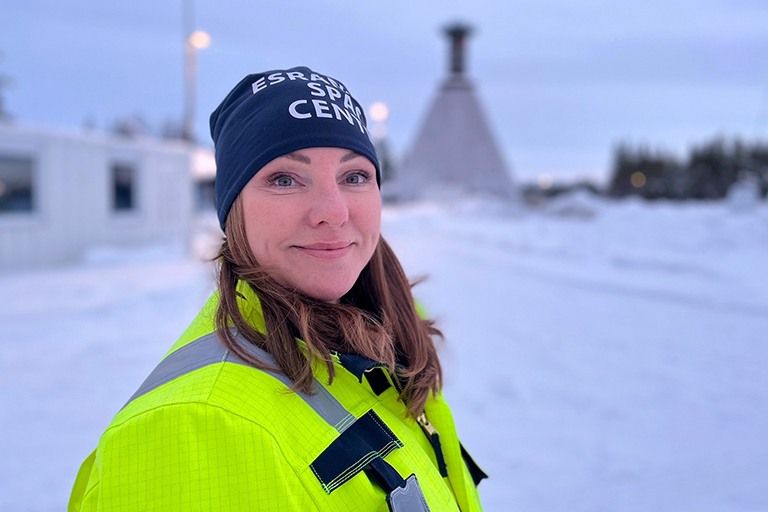 Lena Gälldin has worked as a Senior Project Manager at Esrange for a couple of years. Even if she started during the corona restrictions, working from home with very few physical meetings, she has found her role well, being a central connection point in rebuilding the launch area hit by a fire in 2021.

We are facing considerable investments for Esrange in the coming years having Spaceport Esrange at the forefront. A new launch pad is being built, the first one in Europe for small satellites, a business estimated to become a future giant market. Amid all that activity, a fire hit one of the sounding rocket launch pads, which destroyed parts of the infrastructure. There has been full activity to repair the damage. Now the facilities are back in place with some improvements.

What is a project manager?

–      It is a broad profession, but what is significant is that you should like having the overview. Primarily my job is with the rocket and balloon campaigns where I work closely with the customer and plan the campaigns several months in advance, and afterwards with follow-up. Now my focus also has been on the reconstruction work.

Why did you start working at Esrange?

–      Apart from the interesting work tasks it is the clear international connection where you meet people from many different countries. Out here little Kiruna gets bigger for me, and to see the scientists’ happiness after a successful campaign is fantastic.

–      So far, I like it here very much. I’ve had such varied work tasks, so it is very likely. The best thing about Esrange is that it is a flat organisation, a reasonably large company, and a built-in respect for everyone’s job.