“Working in operations is so interesting that it still feels like I arrived yesterday!”

“I’ve had the chance to support satellites operations through different phases and milestones on a variety of ground and space systems, both on the satellite platforms and on the payloads”.

Pascal has worked as a SOE in both the Sentinel-1 and the ExoMars missions, based at the ESA/ESOC Control Center in Darmstadt, Germany. Now he is ready to take on his new challenge with Copernicus Sentinel-4.

The objective of Sentinel-4 is to monitor key air quality by tracing gases and aerosols over Europe in support of the EU’s Copernicus Atmosphere Monitoring Service (CAMS).

“I look forward to this new adventure!”

The mission consists of an Ultraviolet-Visible-Near-Infrared (UVN) light imaging spectrometer instrument embarked on the Meteosat Third Generation Sounder satellite (MTG-S). The MTG-S satellite will fly in a constellation with two Meteosat Third Generation Imagers satellites (MTG-I1 and MTG-I2) in a geostationary orbit. EUMETSAT will operate them under the shared responsibility of Eumetsat and ESA.

“This position is very exciting because I will be working in close cooperation with both agencies and industrial partners to support the development and testing of the ground segment operations for the mission. Therefore, I will have the chance to approach the project aspect of a space mission on top of the operational aspect. Additionally, Sentinel-4 will also be the first Copernicus/Sentinel mission positioned on a geostationary orbit. Eumetsat will embed it in the first three-axis stabilized Meteosat constellation. The previous Meteosat generations were all spinning satellites. So, it’s quite an exciting technical challenge!”

Pascal comes from Brussels where he studied Mechanical and Aeronautical Engineering. He briefly worked as a consultant in the software industry before joining ESA as a Young Graduate Trainee (YGT). He then joined LSE Space as an SOE for Sentinel-1, an Earth Observation Radar mission, and more recently for ExoMars RSP, an interplanetary mission aimed at landing a Rover and Surface Platform (RSP) on planet Mars for exobiology studies”. 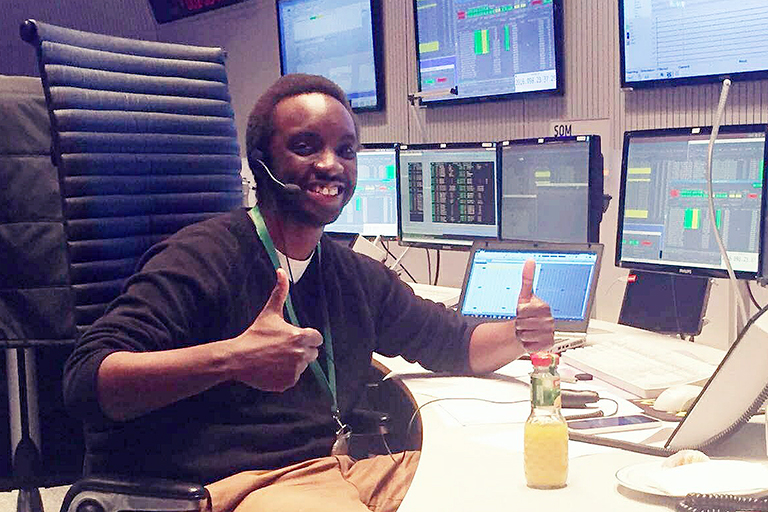