SSC has a rich lunar heritage dating back to the Apollo era.
Sam Peterson 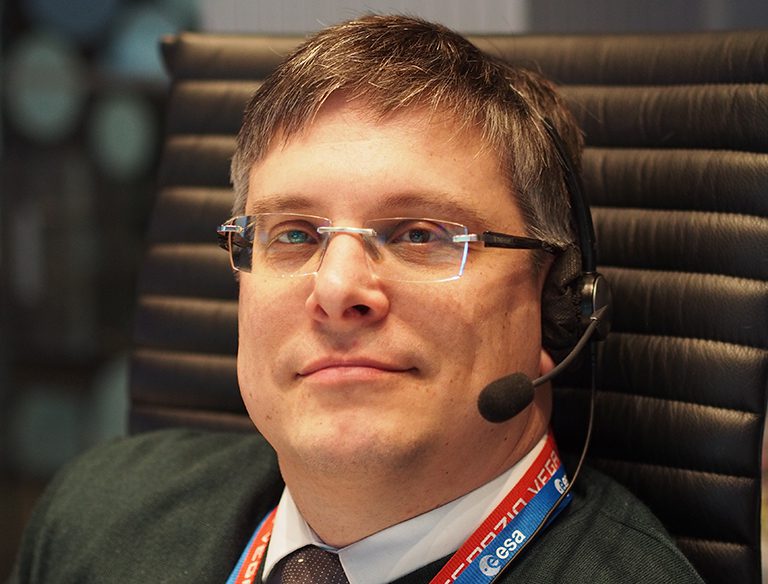 "Mr Moon"
The Moon has long fascinated humankind. From the Roman goddesses Juno and Diana to the lunar race in the 50’s – many still look up at the Moon with wonder and curiosity. One of them is the “Mr Moon” of SSC, lunar expert Sam Peterson who is an active member of this rapidly developing industry.

Why do we keep aiming for the Moon?

“This is a philosophical question which harkens back to Gene Roddenberry’s ‘To boldly go where no one has gone before.’ The truth is, if you ask the heads of space agencies or the commercial sponsors of upcoming missions, they probably all have different motivations including exploration, economic, scientific, and simply overcoming the challenge. There is no single reason to go to the Moon other than to take the next step in our journey as a species for all of the reasons listed. Of the many missions on the drawing board, I think I am most excited to see how the exploration of the south pole of the Moon develops and the possibility of water/ice and everything that could imply for future space activities.”

How has SSC been involved with these kinds of missions?

“SSC has a rich lunar heritage dating back to the Apollo era. Our Santiago ground station was part of NASA’s tracking station network during the Apollo program. SSC Space U.S. was founded by Apollo 12 mission commander Charles “Pete” Conrad in his vision to develop ‘the telephone company to space’ before the term NewSpace became popular in the media. In recent years, SSC has supported several lunar missions including ESA’s SMART-1, NASA’s LRO, and the SpaceIL Beresheet mission which was the first privately funded spacecraft to reach the moon in 2019. SSC has been involved in all mission phases from designing and building the spacecraft to mission preparation including simulations to the Launch and Early Orbit Phase and routine operations all the way to the end of the mission.”

What does the future look like? Any exciting missions coming up?

“SSC is continuing to innovate to meet the changing requirements for the next generation of lunar missions. There are many programs that will be taking off in the coming years including the lunar gateway, NASA’s Commercial Lunar Payload Services Program (CLPS), ESA’s European Space Exploration Envelope Program (E3P), and CSA’s Lunar Exploration Accelerator Program (LEAP). Starting in 2021, SSC will be supporting lunar missions more than two times each year as we continue to deliver the world’s only proven commercial lunar communications service.”

Your link between Space and Earth