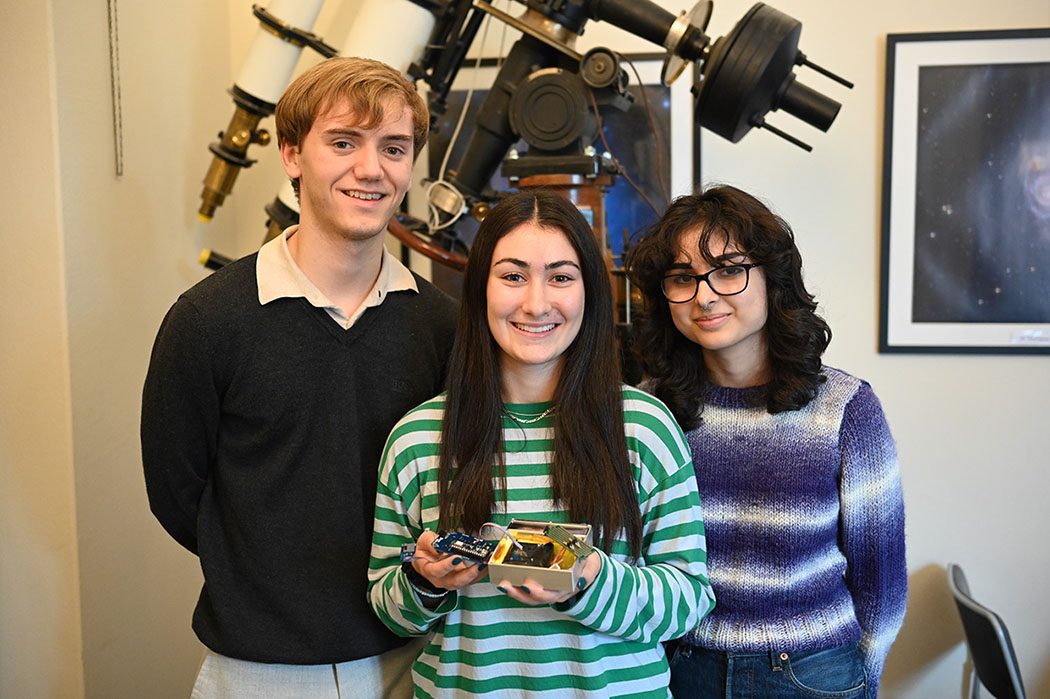 Space is becoming increasingly important for our societies and the interest for this industry keeps growing, not least among the younger generation. In an effort to reduce the gap between academia and industry and securing the future space professionals, SSC offers a spot onboard its next research rocket to The Swedish Astronomical Youth Association. Onboard, the winners of this year’s Space Research School will have the opportunity to test their experiment for real in Space.

The research rocket, SubOrbital Express, will be launched from Esrange Space Center in November later this year. The allocated spot onboard (10x10x3cm, 450g) has been awarded the winning contribution from this year’s edition of the Space Research School, where high school students from all over Sweden constructed and competed with their best space experiments. This year’s winner, a team consisting of Anita Ali Asgar (17 years old, Stockholm), Mabelle Hanna (17 years old, Falköping) and Theodor Lennartsson (17 years old, Lund), will measure cosmic radiation using a self-constructed scintillation counter.

“I dream of working in the space industry in the future so it feels unreal to get the opportunity to actually send an experiment into space. This is a unique experience for us to do real space research and I have always dreamed about visiting Esrange for a launch,” says Anita Ali Asgar, one of the students behind the experiment.

“Space fascinates children and youngsters like nothing else. And it’s an industry that keeps developing at a rapid pace. The fact that Swedish high school students now have the opportunity to send their own experiments to space is quite unique. This inspiring project will help securing Sweden as a leading space nation,” says Mikael Ingemyr, secretary general of The Swedish Astronomical Youth Association.

The SubOrbital Express program offers easy access to Space to a variety of actors. The onboard payload, weighing up to 280kg, contains various experiments that are carried out at an altitude of 260km during six minutes of microgravity. The actors behind these experiments include companies, researchers and private individuals from Costa Rica, Australia, Sweden and other countries. Prime partner is the European Space Agency (ESA) responsible for a majority of the experiments onboard.

“The Swedish Astronomical Youth Association is doing fantastic things for Swedish space-interested youngsters, and we hope that this project will become an annual highlight. We’ve had a great collaboration for several years now and we hope to develop it even further through this initiative. These talented individuals can achieve great things with the right tools,” says Stefan Krämer, project manager SSC.