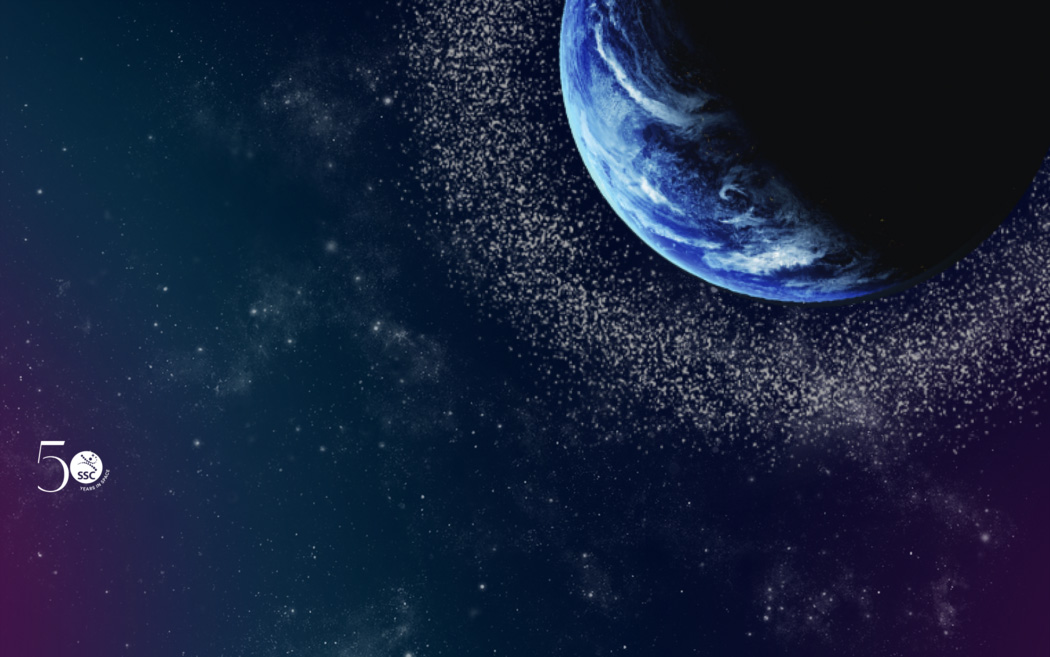 Orbiting the Earth at high speed, a growing number of satellites and more than 130 million pieces of debris constitute a major challenge to future space activities. While thousands of new satellites will be needed in the coming years to keep up with our modern societies, the congestion of objects in orbit pose the risk of serious collisions. And if not addressed and handled correctly, Earth could soon be surrounded by an impenetrable shield of man-made objects. Jacob Ask, Space Situational Awareness Program Architect at Swedish Space Corporation (SSC), explains what needs to be done.

“Like the world’s oceans our near-Earth Space is a finite resource that will need careful monitoring and supervision to stay sustainable in the future. We are seeing new and ambitious missions to clean our orbits from space junk, and programs to monitor the locations of these objects. But this whole industry domain is still in its very early phases,” says Jacob Ask.

In the early 60s, when SSC started to launch sounding rockets from northern Sweden, no one thought of the risks of congestion in near-Earth Space. Today around 5,300 satellites are orbiting the Earth and within the next decade that number could be as high as 100,000. While these new satellites are crucial for a sustainable development of our societies, the growing number of spacecrafts multiply the risks of collisions in the future.

“Travelling at high speed, even the smallest of objects can cause real harm. Astronauts at the International Space Station (ISS) found a crack in the cupola window a few years back. Analysis showed that it was caused by a millimeter-sized piece of paint from a satellite or a rocket stage. Just imagine what would have happened if it had been just a little bit bigger,” says Jacob Ask.

“What’s interesting is that 24 of these events were intentional. The most serious one was in 2007 when the Chinese shot down one of their own satellites 865 kilometers up in orbit. It created more than 2,000 fragments the size of a golf ball and more than 150,000 particles which could pose a severe threat to other satellites and spacecrafts. This behavior, of course, is something that most of the space community finds unacceptable,” says Jacob Ask.

As part of the SSA program, SSC will detect, track and identify man-made objects in Space and process, catalog and analyze the data. This is called Space Surveillance & Tracking (SST). Ultimately, making future space missions and operations safer.

“It’s hard to keep track of objects smaller than one millimeter, so right now we are focusing on collecting data on objects that are ten centimeter or bigger. Our goal is to also be able to track and catalogue the smaller ones in the future,” says Jacob Ask.

A dome for cloudless nights
As part of the program, SSC recently established an SSA station in Australia, containing two telescopes and two cameras inside a dome. These sensors have now started to survey and track space objects while further processing capabilities are providing data, information and services on space objects that orbit the Earth. During cloudless nights, the dome opens up and scans the sky for space debris and satellites, collecting images and creating SST data.

Of course, one station is not enough to solve this enormous challenge, and Jacob Ask estimates that the optimal number is well over a hundred, spread out around the world. And added to this, several radar stations to localize the smallest fragments of space debris will be required.

“Since there is a need for this worldwide, SSC is collaborating with many different actors in order to establish a common capacity. Our ambition is to create a world-class space awareness system that is powerful enough to produce high-quality space situation images. Upscaling this system, though, is a costly project, but the first important steps have already been taken,” says Jacob Ask.

“Over the years, collision risks have only been calculated and detected during launches. To avoid collisions, especially in over-populated orbits at 550 kilometers where this in extreme cases might cause a domino effect, there is great need for Space Traffic Management, “Satellites rarely collide, but the risk of it happening is growing every day,” says Jacob Ask.

Sharing information on a global level
As of today, there is no well-functioning global system for STM, but SSC is on a mission to change this.

“It’s not enough to know the exact location of your satellites if you don’t know where the rest are. As space operators, we need to share information with each other on a global level. Let’s say you detect a satellite on a potential collision course, then we need to open a dialogue with all concerned parties. We still have a long way to go on these matters, but I am certain that SSA data will be an important tool in making future space travel more sustainable,” Jacob Ask concludes.