SSC to develop the most advanced ground network for Lunar missions 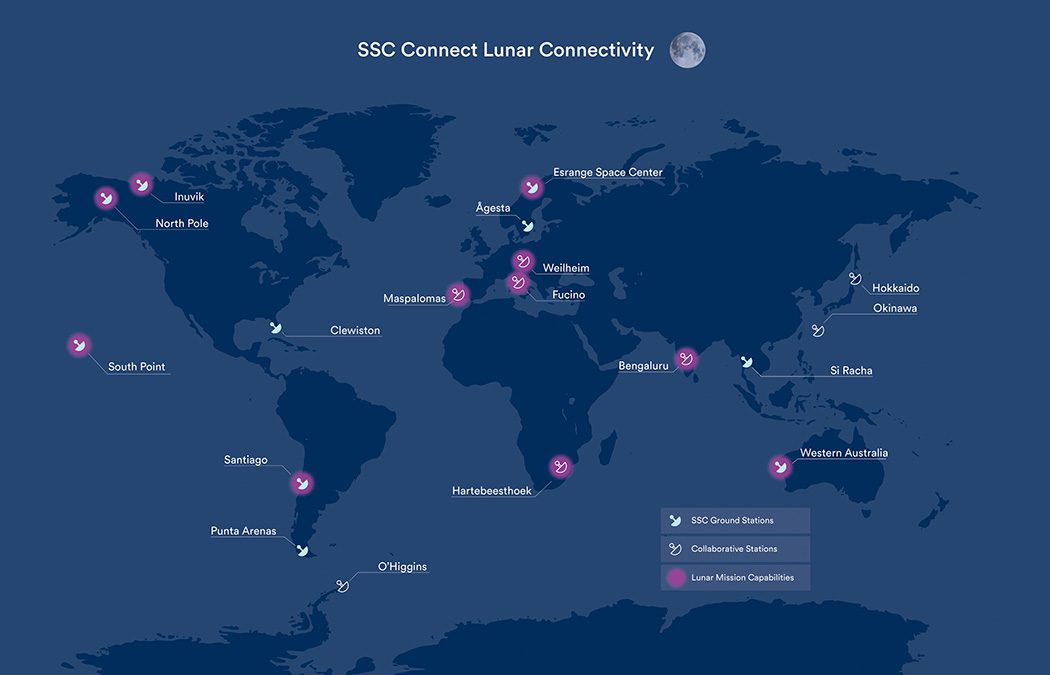 As humankind is returning to the Moon, the global demand for lunar missions is expanding at a rapid pace. To meet the industry’s new and ambitious requirements for lunar communications capabilities, SSC expands its worldwide network of Lunar Exploration Ground Sites (LEGS) by adding two new locations in Australia and Chile. Together with French satellite tracking equipment manufacturer Safran Data Systems, the company is set to offer the world’s first global ground network which meets the new standards for lunar exploration.

“With our long experience from lunar missions and a legacy that dates all the way back to the Apollo missions, SSC is well equipped for future missions to the Moon. SSC has been selected to provide advanced ground station support by 4 of the 5 Commercial Lunar Payload Services (CLPS) primes which have won missions to the Moon, and these ambitious missions require advanced ground station capabilities,” says Nicholas Priborsky, SSC President of Satellite Management Services. He continues:

“For example, NASA has set a number of new requirements for ground station support for missions such as the Artemis program. For SSC, it is only natural to continue expanding our stations accordingly, as the first commercial company to offer such capabilities for lunar exploration missions”.

As part of this deployment, SSC has teamed up with French satellite tracking equipment manufacturer Safran Data Systems, who will deliver a set of large high-power antenna systems to upgrade the company’s ground stations in Chile and Australia. The systems are based on Safran’s patented concentric feed, an ultra-accurate “designed for Ka-band” (26 GHz) pedestal and  the famous Cortex modem series. These systems will enter  operation next year.

“It is a great honor to be awarded the contract for the deployment of SSC’s LEGS network. Safran and SSC have been working as partners for decades. Over the recent years, we have developed a full portfolio of satellite tracking antennas, from small to very large, addressing all market segments including lunar applications,” says Jean-Marie Bétermier, Safran Electronics & Defense Space Director and President of Safran Data Systems.