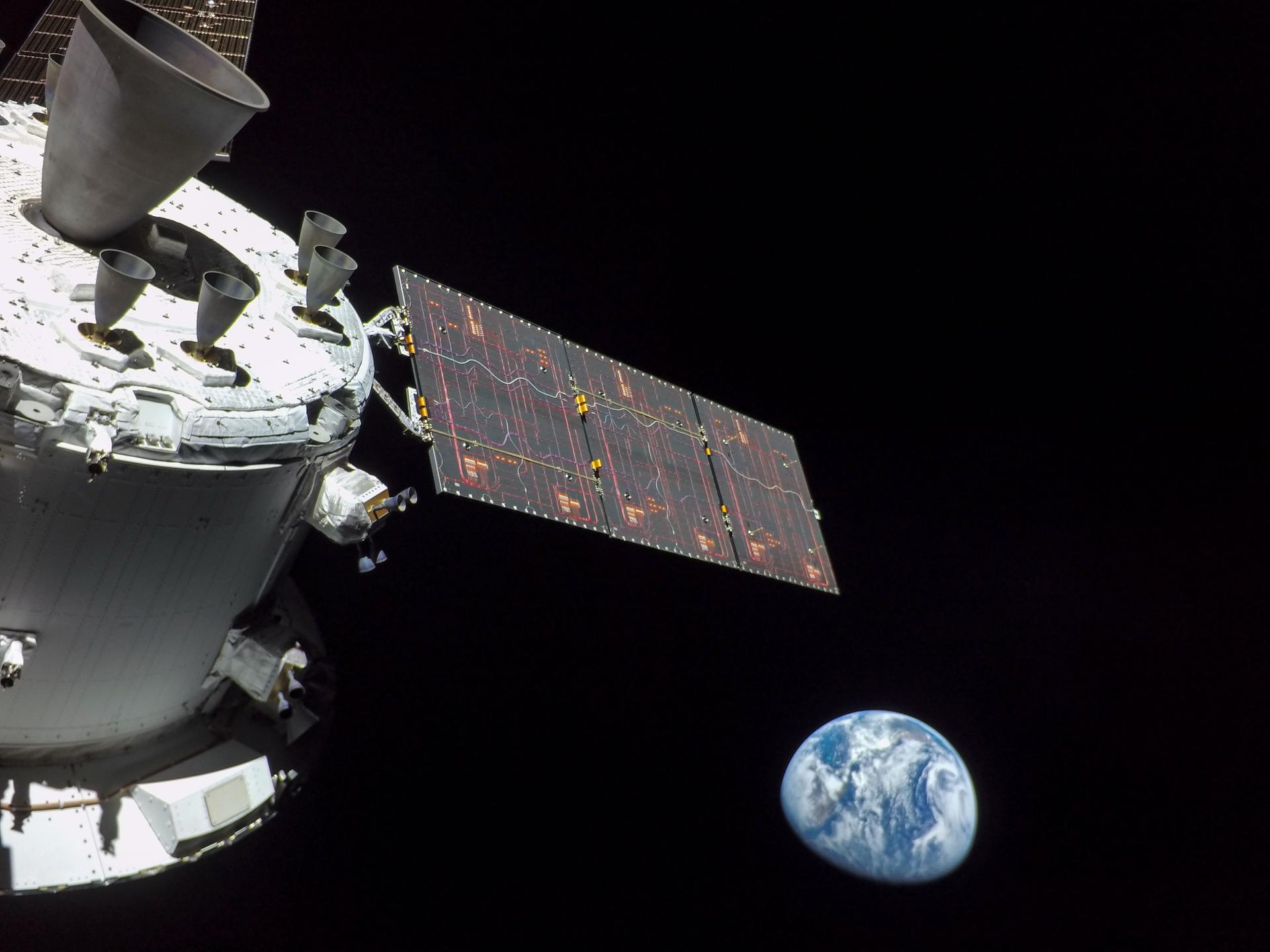 “We are extremely proud to support yet another historic lunar mission by NASA, partly using the very same ground station sites that were involved in the early Apollo missions, although heavily upgraded since then of course” says Guy Wilkinson, VP Service Delivery and Operations.

The Artemis I mission is enabling future crewed spaceflight to the Moon. The uncrewed flight test of the Space Launch System (SLS) rocket carrying the Orion spacecraft, will be travelling around the Moon and back to Earth again.

The mission aims, among other things, to lay the foundation to establish a sustained presence on the Moon and develop the knowledge to enable further human exploration of Mars and our solar system.

26 days of Orion tracking support
As a leading service provider for modern lunar missions, SSC is supporting Peraton, one of NASA’s partners, with its SSC Connect Lunar communications service. From its commercial ground stations in Chile and South Africa (partner site with SANSA), SSC supported the spacecraft ascent and will support return of the Orion capsule, providing supplemental radiometric tracking data throughout the approximately 26-day journey. SSC’s contribution in optimizing the precision of the orbit determination will help Orion travel safely to its destination.

“While SSC has over 15 years of commercial experience offering a full-scale lunar mission support, each mission has its own characteristics and requires advanced support. We prepared for this mission for quite some time and our team stays determined and focused to end it successfully. And we will continue to reinforce our current global X-band lunar coverage, while supporting various upcoming missions,” says Wilkinson.

In addition to the Artemis I mission, SSC is also involved in the NASA’s Commercial Lunar Payload Services (CLPS) initiative, as SSC is supporting the majority of the commercial lunar missions such as Firefly’s Blue Ghost and Astrobotic’s Peregrine missions.