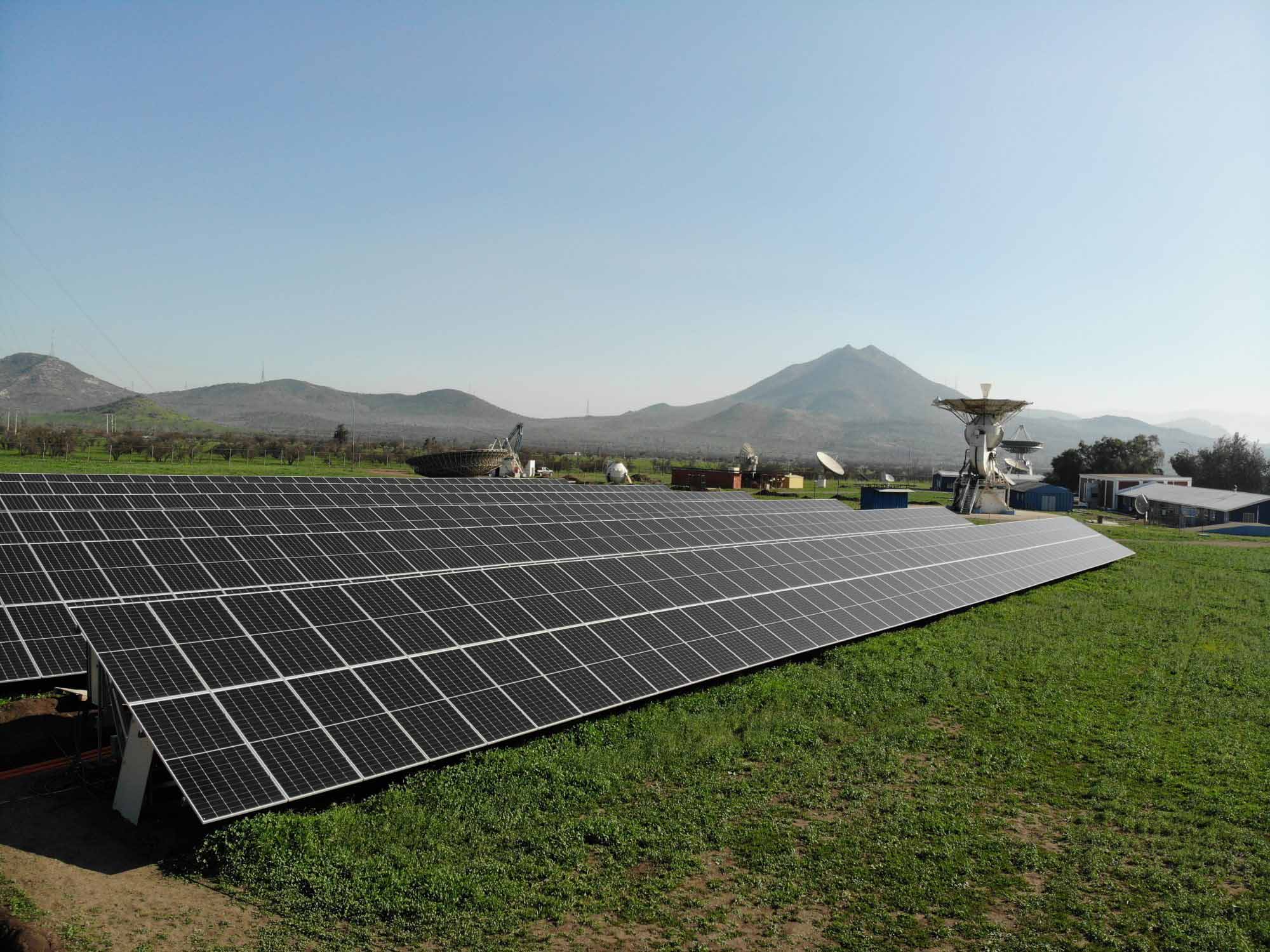 SSC’s long-term goal of zero carbon dioxide emissions by 2040 includes several major investments. The most recent is 624 new solar panels at the company’s satellite station facility in Santiago, Chile. The new power source is now supplying the facility with green electricity. The solar park is the first of several planned at SSC’s facilities around the world.

“Space is hugely important for a sustainable development of our modern societies on Earth. The UN has proclaimed that space services are crucial to reach the 17 sustainability goals. Meanwhile, there is much that SSC and other space companies can do to make our own operations more sustainable. The power supply is one of several important components,” says Sonia Castellanos, SSC Global Manager Ground Systems Infrastructure.

With over 6,000 hours of sunshine every year, Santiago is a particularly favorable location for solar energy. The new solar panels will have a total output of 350kWh with a production of approximately 660Mwh annually. For cloudy days, storage options with lithium batteries will also be added in the coming months, as well as a smaller backup powered by fossil fuels that can be used if needed.

“This is a long-term investment. We estimate that this measure alone cuts SSC’s annual carbon dioxide emissions from heat and electricity purchases by eight percent, which is equivalent to the emissions from our planned rocket launches from Esrange. And financially, we expect to recover the costs within seven to eight years after commissioning, while becoming less sensitive to volatile energy prices,” says Sonia Castellanos.

The Santiago station is an important node in SSC’s global network of satellite ground stations – one of the largest networks of its kind in the world. As a next step towards a greener energy supply, SSC plans to introduce a corresponding solar cell parks at selected company facilities around the world. The long-term goal is to cut the entire company’s energy consumption by 30 percent by 2025 and completely eliminate carbon dioxide emissions from operations by 2040, in accordance with The Paris Agreement.