MAPHEUS-12 took off according to the plan 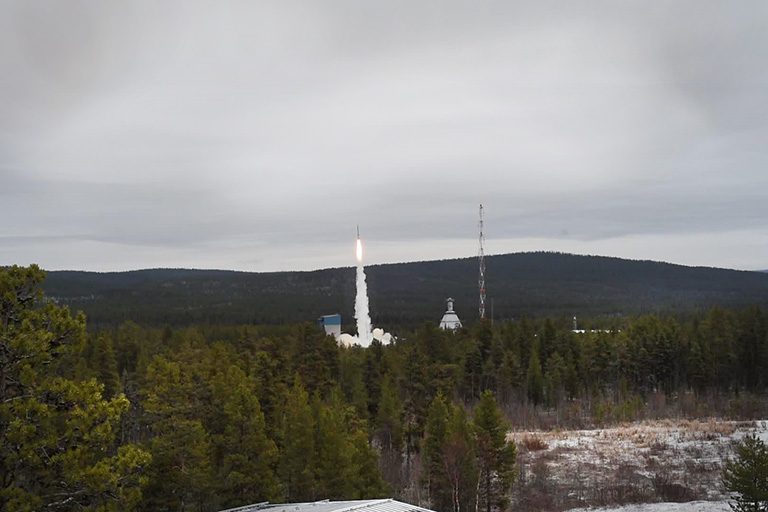 MAPHEUS, a recurring campaign at Esrange Space Center outside Kiruna, has launched its 12th rocket.

MAPHEUS 12 was launched successfully from Esrange with a payload consisting of five different biological, physics, and medical experiments on October 21, 09:25 CET. The German rocket program is performed by DLR MORABA under the supervision of the Institute of Materials Physics in Space. The name MAPHEUS stands for “Materialphysikalische Experimente unter Schwerelosigkeit” (material physics experiments at zero gravity).

The rocket reached an altitude of 258,2 km and stayed in microgravity for almost six minutes. MAPHEUS rocket program is dating back to 2009 and the team is expected to launch another rocket next year.

“The rocket was launched under perfect conditions, and it surely gave delivery for the scientists. Some of the experiments gave even more samples than expected!”, says Lena Gälldin, Campaign Manager at Esrange.

The experiments onboard included: 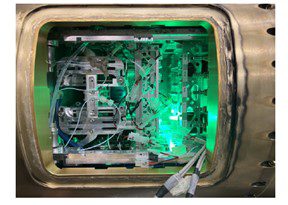 SOMEX: In its third flight, SOMEX comprises an experiment on granular matter and an experiment on colloidal nanoparticle suspensions.
In the granular matter experiment, ball lenses in a sample cell are optically investigated. An optically processed laser beam and a high power led source illuminate the lenses surrounded in water. The water is pumped in a circuit, whereby the cell is designed in such a way that the particles cannot leave it and always remain in the diagnostic volume. The behavior of the particles can thus be studied continuously – driven and undriven – by means of high-speed imaging and angular light scattering. Test results from the flight shows remarkable growth of much finer agglomerates in microgravity.

RAMSES: Is designed to investigate the collective motion of artificial micro swimmers in three dimensions. The micro swimmers used for RAMSES are realized by coating one hemisphere of glass particles (d≈2µm) with a thin layer of carbon. This carbon-coated surface heats up with illumination, which is in suspension used to generate thrust on these particles. For RAMSES the required sample cells, illumination and diagnostics are integrated in a sounding rocket module to facilitate studies without gravitational settling. Analysis is still ongoing, but they received all anticipated data from the flight. 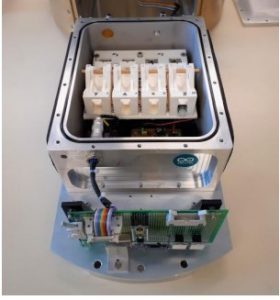 GRAVIPLAX:
GRAVIPLAX is trying to understand the impact of gravity on cell polarity and cancer development. The organism used in the Graviplax experiment is the simplest multicellular organism during evolution which builds an upper and lower cell epithelial. Trichoplax adherens is also able to orientate in space by detecting gravity with specialized crystal cells, this will be observed in the Trichoscope experiment on MAPHEUS-12. This experiment series is also a milestone in the collaboration between the DLR and Australian scientist from the La Trobe University in Melbourne. Two sample sets were flown and fixated after micro gravity successfully. RNA sequencing will be done in the upcoming flights.

MEA:
Astronauts sustain cognitive deficits while staying on the International Space Station. This might be due to various environmental factors, such as isolation, sleep deficit, radiation but most importantly microgravity. To elucidate if microgravity influences nervous transmission, neurons themselves must be investigated on an electrophysiological level in microgravity. This was until now impossible, since neurons are extremely sensitive cells which cannot be transported to the ISS.
The result from the Mapheus 12 flight was over expectation since the cells was still alive upon arrival back to Esrange due to the fast recovery performed by SSC. The scientist was able to get even more samples then anticipated giving them 200% delivery from the flight. 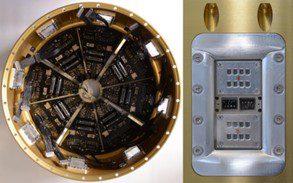 SVALIN:
The goal of the project SVALIN is the analysis and quantification of the environmental influences on various solar cell technologies that occur during space missions. Previous experiments with stratospheric balloons and sounding rocket flights already showed that these cells harvest light effectively under near-space conditions. Complementing these previous experiments focusing on the feasibility of using those solar cell technologies under space conditions, SVALIN aims to build up a profound understanding of the influence of space conditions on solar cell materials and its underlaying mechanisms. Since the recovery was so fast, they were able to isolate the influence of light to the actual flight, making the data highly reliable.