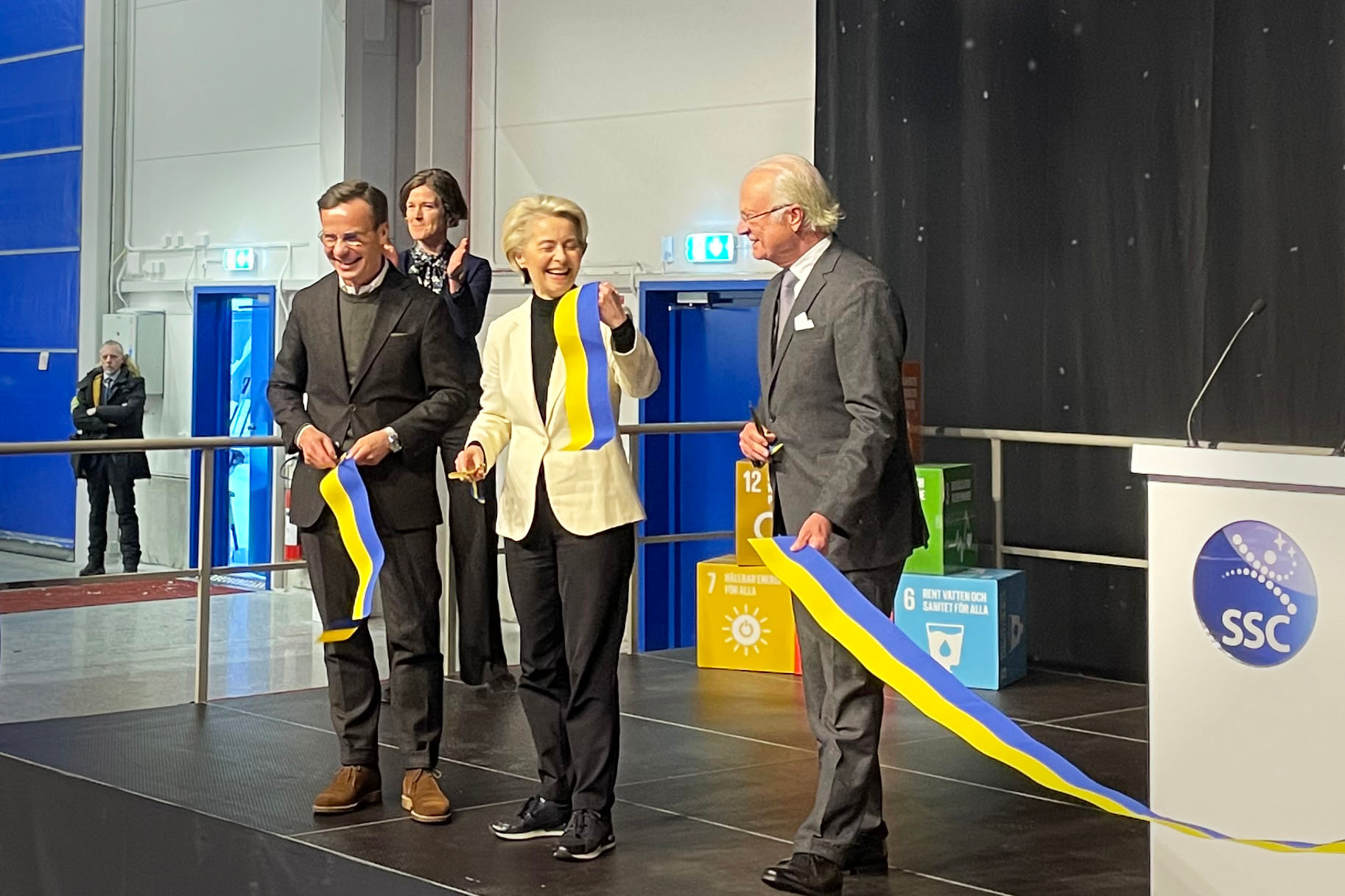 “This spaceport offers an independent European gateway to space. It is exactly the infrastructure we need, not only to continue to innovate but also to further explore the final frontier.” -Ursula von der Leyen, President of the European Commission

“Security, competitiveness, sustainability and our democratic values are key to a stronger Europe and a better world. Space enables all of them. With Spaceport Esrange, EU gets a strategic asset which provides independent access to Space. This will be instrumental for reaching the EU and UN sustainability goals as well as strategies within security and defense,“ said Anna Kinberg Batra, Chair of the Board of Swedish Space Corporation, SSC.

“The important work you have been doing here for many years is a shining example of the enormous potential of space-based research to indeed improve our daily life.”,  said Ursula von der Leyen, President of the European Commission.

“This is unique. It is the first facility of its kind in mainland Europe, and I know it has been made possible by teamwork with trusted international partners”, said Ulf Kristersson, Prime Minister of Sweden.

“Kiruna is already one of Europe’s strategic gateways to Space. And the new launch complex at Esrange is a critical asset that will strengthen Europe’s capability to launch satellites and improve our space competitiveness. I am certain that this spaceport will strengthen Sweden’s active role in space, involved in many of ESA’s flagship projects and through our ground station here in Kiruna,“ said Josef Aschbacher, Director General of the European Space Agency, ESA.

First to begin operations at Spaceport Esrange will be Europe’s initiative for reusable rocketry – the Themis program – commissioned by the European Space Agency ESA and lead by ArianeGroup. Themis will begin tests of its reusable space launcher demonstrator at the complex in 2023. Meanwhile, SSC are in advanced discussions with several potential rocket partners for future orbital launches from Spaceport Esrange. A first satellite launch is expected by the turn of the year 2023/24.
For questions or inquiries please contact: Philip Ohlsson, SSC Head of Communications, +46 (0)70 721 70 26, philip.ohlsson@sscspace.com