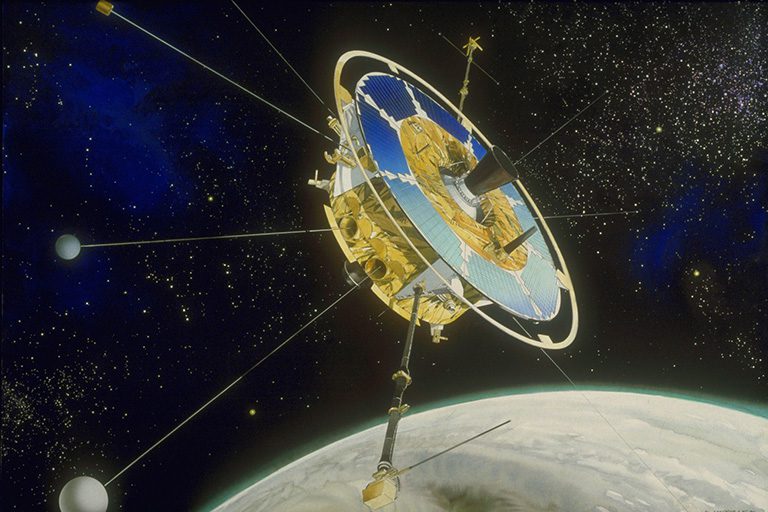 FREJA was Sweden’s second research satellite and was launched from the Jiuguan Satellite Launch Center in China on 6 October, 1992. SSC designed the satellite as the prime contractor to SNSA (the Swedish National Space Agency). The project was initiated in 1987. FREJA imaged the aurora and measured particles and fields in the upper ionosphere and lower magnetosphere.

The satellite was in an orbit between 601 and 1756 km at 63º inclination and was operated from Esrange Space Center. FREJA was a sun-pointing spinner with a 2.2 m diameter and 214 kg mass. Swedish, German, Canadian and U.S. instruments were flown on it.

After four successful years in operation, on 16 October, 1996, FREJA’s journey was over. This was four times the intended lifetime. The primary mission ended on 30 June, 1995.

All staff at SSC that were involved in the design, development and operation of FREJA are very proud to have been part of this adventure of technology and scientific research.